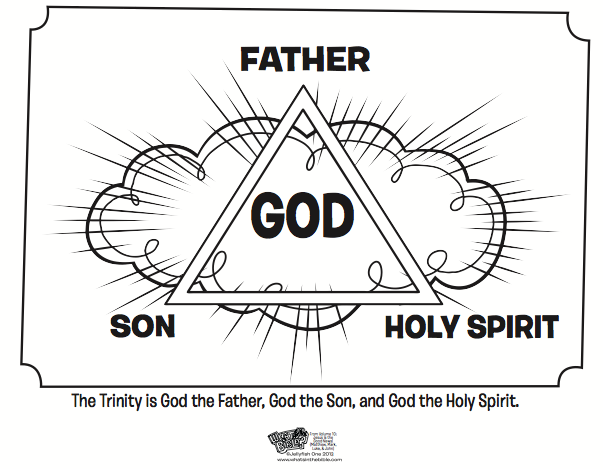 This is one question most skeptics and Muslims ask. As a christian, the first thing is to carefully inspect the question. The question could come in one of these 3 forms:

Which ever format the skeptic and or Muslim asks this, always know they are only attacking this because that is not how God is portrayed in their belief and hence, they put up an appearance of logic ; a logic they immediately see isn't really logic but a reflection of their ignorance of what Christians really believe.

The first thing to do as a Christian is not to rush into bible verses. As always, I caution Christians against trying to drive into "bible verses mode". To be honest, there are Muslims who ask to truly understand and majority ask to throw you off balance but even when they are genuinely asking, it is wise to start out from a neutral point of view. Starting with 'the bible says..' already defeats the purpose because that Muslim knows you are a Christian and does not want such an answer. Rather, they have come to you from a logical perspective. Present your case as well using things they can easily relate to before you drift to the bible. Remember how Paul, in Acts 16:17-34, preached to the people in Athens. He introduced the one true God by talking to them about their altar to an unknown God.

Let's take question 1. Ask them where they found three gods in the bible. As you know, the Bible does not teach anything of the sort. There is ONLY one God revealed in 3 persons.

Now, a stubborn Muslim will go on to point 2 in that case; demanding how these 3 persons are still one? Here, let them know that there is a difference between a 'BEING' and a 'PERSON'. We are all human BEINGS, no human being is GREATER than the other BUT we are different PERSONS. We all have different roles from one another. In the same way, The 'Being' called God in christianity is TRIUNE. It is like a composition that contains 3 PERSONS. These 3 have different roles and you can refer to them separately BUT when you talk about the 'BEING' God, in christianity, that BEING ONE. Now, is the time to point them to the bible. Gen.1:26; Gen.11:7; 1 John5:7.

Finally, they come to the 3rd argument, how can Jesus be fully God and fully Man? Here is where many Christians go into long debate. I must admit, I used to but as you get experienced listening to Muslims and their supposed logic, you begin to have a feel for how to deal with their questions lovingly while still exposing the sheer ignorance of the question. The simple answer to this is because Jesus is God and there is nothing God cannot do.  Then give them a similar example from the Quran. Surah 57:3 says that 'Allah is the FIRST and the LAST. Ask the Muslim how someone could be FIRST and LAST at the same time. It is either you are the FIRST or you are the LAST. They might say but he was FIRST as well as LAST at different instances but remind them of the conjunction 'AND' . That should remind them that he is NOT separately FIRST at some times and LAST at other times. He is ALL-ENCOMPASSING. Now, if such a muslim is willing to accept that someone can be first and last equally because that person is God Almighty, ask him/her who Jesus is according to the Christians? If Jesus is also God to the Christians, why does he/she find him being both man and God at the same time illogical? Getting this path cleared up, you can now go into phillipians 2:3-10 explaining why this is so but don't always quote scriptures to muslims if you have not taken them through similar beliefs in their Quran. They most often will pretend to not understand what you are saying UNTIL you drum up their Quran and give them parallels.