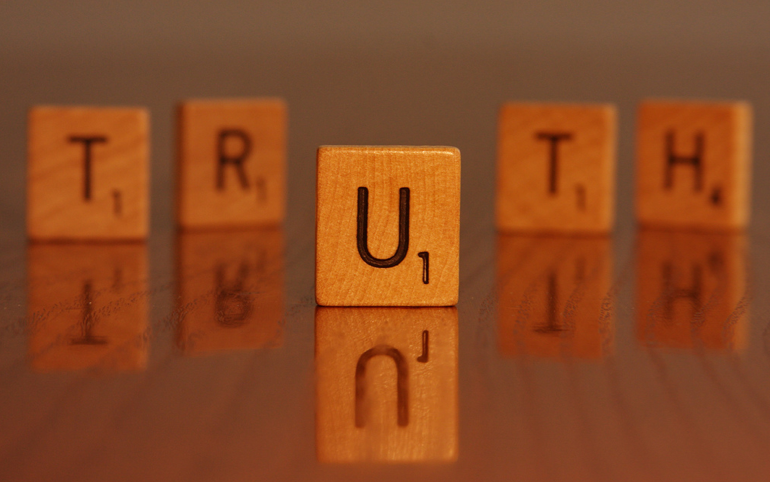 How many times have you heard people say "what may be true for you may not be true for me"? We live in a society that is eagerly and readily accepting the 'relativised' version of truth. But is it really true that we can all have different truths? Can opposing truth claims be equally true? Is absolute truth finally dead and buried?

Truth by definition, truth is whatever corresponds to reality. The law of the excluded middle states that a statement is either true or false. Therefore, it is not possible for two exactly opposite statements to be equally true. If I say Socrates is immortal and you say Socrates is mortal, it is impossible for both statements to be equally true. According to the logical law of the excluded middle, only one of those statements can be true. How then can we identify which of them is true?

The truth or falseness of a statement is not decided by rhetoric or by whose argument is loudest, it is decided by what corresponds to reality. We have to constantly and carefully compare truth claims to reality. For example, we can know which of the above statements is true by looking at the statements and comparing them to what happens in the real world.

The statement "Socrates is immortal" can be thrown out vehemently with a lot of bravado and argumentative prowess, that would still not make it true. Why? because it does not correspond to reality.

Truth claim: What may be true for you may not be true for me
Test Question: Is this statement true for everyone?

Many of these kind of statements are used in arguments to trap unsuspecting people. It is important to be able to test these short pithy truth claims. Let us try another example.

Obviously, the answer is no. Since the statement does not hold to its own standards, it cannot be true.

There are many falsities in life, but there is definitely truth. To have a complete and fulfilled life, we need to make sure we seek to know the truth. The most important questions in life have but truth and false answers thrown at them. We need to be able to critically examine these answers and determine which is true and which is false.

Where did we come from? What happens when we die? Why are we here? What is the origin of life?

The true answer to these questions may be different from what you think!