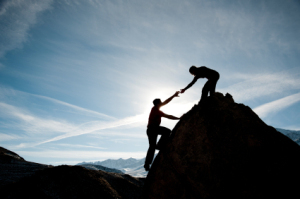 In this day and age of fast food and instant gratification, many believers have become lazy in the place of prayer. We seem to favor pre-packaged prayer points to groaning from our hearts. Just go to a prayer meeting and see how prayers are made and offered. The prayer leader would probably have a book of prayers written by a man in another city, full of prayer one-liners. Prayer leader reads out the prayers, congregation repeats the prayers and pray at the top of their lungs. Usually, these prayers have nothing to do with the real issues the congregation and individuals in the congregation should be praying about. I am not in any way trying to disparage those who use this system, I am only saying it should have its place and not replace intimate prayers that involves searching your soul and pouring out your heart before your maker, the lover of your soul.

More worrying is the kind of prayers we offer. Believe it or not, the following examples are real prayer points.

Holy Ghost fire, roast all the enemies of my life.

Every enemy attacking me at home and abroad, fall down and die by fire.

One can totally understand the sentiments behind these prayer points, but can we really back them up Biblically? Some of the reasons people give for praying these kinds of prayers strike me as weird. Some say “we have to make prayers that are culturally relevant”. In other words, “since there is a witch doctor in the village that ties people’s destinies, he must die”. Some other people just flat out rebuke anyone who opposes this line of prayers by invoking their Pastor’s name. They say “do you know better than Pastor so and so who prays like this”?

You may be asking “Why I am ruffling the waters”. You may be wondering how this is relevant to anything. Let us look at some Bible passages.

The Bible here is addressing the heart and praying styles of people. God, speaking through James, brings up the following issues:

The Character of God as shown in the Bible, the Ministry of Jesus and the Holy Ghost is directly opposed to any prayer of fire-full destruction of people Christ died for. Take a look at these:

By nature and Character, God will do everything to ensure there is no need to destroy people Christ died for. So don’t you think it is better to be like Christ in the place of prayer? We are supposed to as Christians become increasingly like Christ. If your prayer points are diametrically opposed to the nature of Christ, then maybe you need to reevaluate your Christianity.