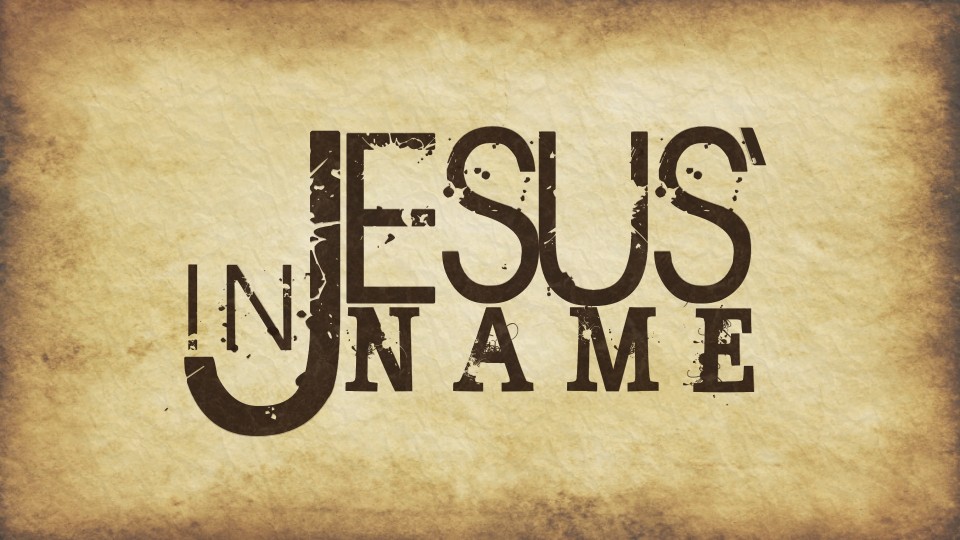 If you have ever been to a Church during prayer sessions, you must have repeatedly heard the refrain 'In Jesus' name'. The refrain is used in many different forms. One may say 'In Jesus name' or 'In the name of Jesus'. A more orthodox crowd may prefer to say 'through Christ our Lord'. Firebrand Pentecostals prefer to qualify the refrain by adding words like 'mighty', 'powerful', 'supernatural', etc. So you'll hear 'in Jesus' mighty name'. At the mention of the refrain, the response is usually the same across the board - 'AMEN'. On Social media, due to preference for the short and pithy, the refrain is usually just abbreviated to IJN or ijn (it really doesn't matter).

In that day you will no longer ask me anything. Very truly I tell you, my Father will give you whatever you ask in my name.

Indeed, Jesus was telling us how to pray, He was also telling us in whom to pray. You see, the death and resurrection of Christ secured salvation for us. By virtue of the work of Christ, we have been justified. Therefore, when God looks at us, He sees us in Christ. Therefore, when we pray in the name of Jesus, we do as representatives of Christ. Using a medieval courtroom as a metaphor, prayer is like presenting a request before the King. A well known criminal would have his request readily turned down even if he makes the request in the name of the king's ally. An ambassador on the other hand, making a request in the name of his king receives swift response. The ambassador's request may only be turned down if the nature of his request betrays the nature and character of his king.

As a Christian therefore, praying in the name of Jesus is akin to an ambassador making a request in the name of his king. His request must align with the nature, desires and character of his king. We can come boldly to the throne of grace, but we must ensure that the petitions we come with align with the desires of Christ for our lives. Using the name of Jesus is as meaningless as farting in the wind if your prayers are a mere stroking of your ego. God is not interested in your pride of status and position, He is only interested in the fulfillment of his plans and purposes. Every wise Christian therefore would seek to know the nature, character and desires of Christ so that we can truly pray in His name.

Remember, the name of Jesus is not a magic word, it is not mere addendum to your prayers, it is the embodiment of the nature of the God-man. Before praying in the name of Jesus, ask yourself this important question - "does this prayer sound like what Jesus would pray?"