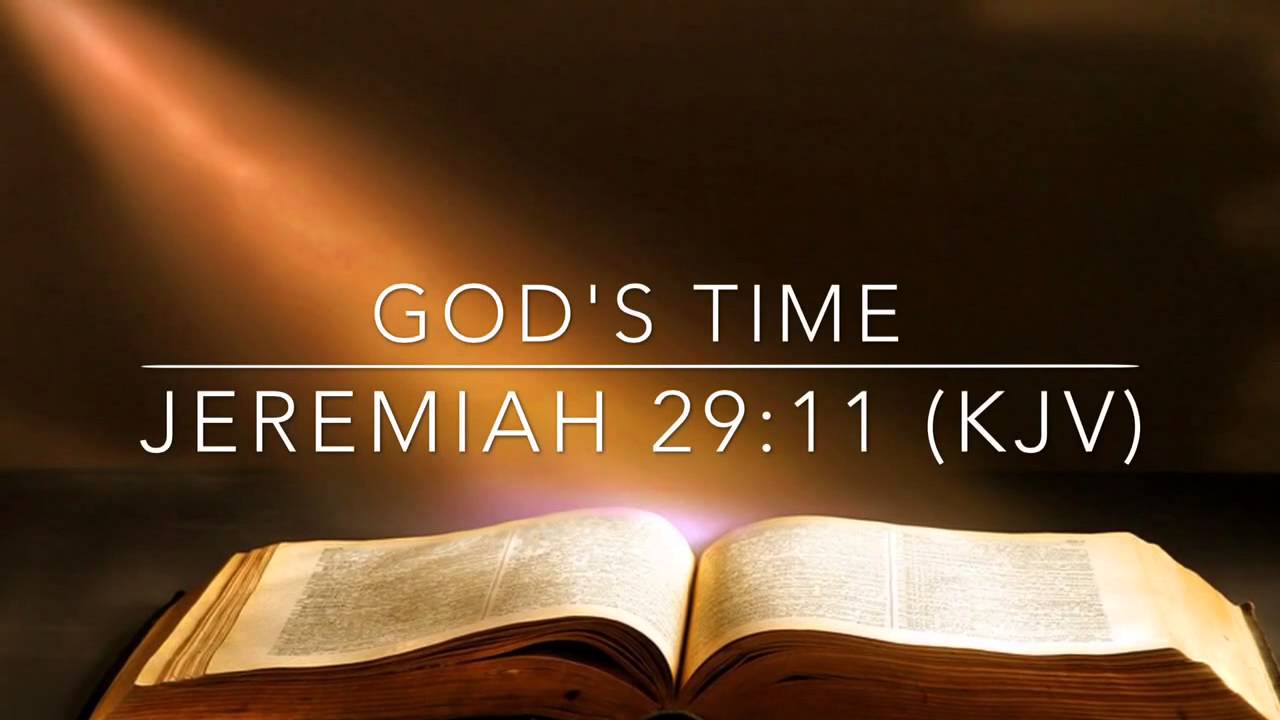 It is one of the most loved Bible verses. A simple survey among Christians will show it is one of the leaders for 'favorite bible verse'. We quote it when we are down and out; we spurt it out when life pushes us down; we use it to encourage ourselves in the Lord. We all know it by heart, we can even recite different translations of the verse. But when taken in context, does Jeremiah 29:11 really say what we have made it to say?

For I know the plans I have for you,” declares the Lord, “plans to prosper you and not to harm you, plans to give you hope and a future.

Just reading this verse, we can see why it is loved. It promises us, at least on the surface, a future filled with  prosperity. It gives us hope that our current situation would not last forever. I like this verse, it gives me hope; but then a few things immediately jump at me, questioning the veracity of this promise and the integrity of the God that promised it.

I think of the 21 Coptic Christians murdered by ISIS and wonder about the beautiful future this verse was suppose to guarantee them. I think about the early Christians thrown to the Lions on the instruction of the evil Emperor Nero and wonder if the bowels of the lions and bears represented the hope promised by the verse, after all, the plan of God was for prosperity and not harm. All the Apostles of Jesus faced endless perils. Most of them died shameful, painful and lonely deaths. Even Jeremiah, the writer of this promise, did not experience a future of hope and peace. Jesus himself, our savior and Lord was not spared the pain and shame. In fact He told his followers to expect this kind of treatment: If the world hate you, ye know that it hated me before it hated you. If ye were of the world, the world would love his own: but because ye are not of the world, but I have chosen you out of the world, therefore the world hateth you. Remember the word that I said unto you, The servant is not greater than his lord. If they have persecuted me, they will also persecute you; if they have kept my saying, they will keep yours also. John 15:18-20.

How can we reconcile Jeremiah 29:11 with the Christian reality? Did God really promise a life on earth free from harm? Even prosperity preachers, except they want to lie through their teeth, cannot claim to live that kind of life. So, what does the Bible really say in that passage? To understand it, we need to apply the 'verseless principle of biblical interpretation' outlined in part 1 of this series. How would Jeremiah 29 read if we took out the verses and read it in context? Lets find out.

This is the text of the letter that the prophet Jeremiah sent from Jerusalem to the surviving elders among the exiles and to the priests, the prophets and all the other people Nebuchadnezzar had carried into exile from Jerusalem to Babylon. (This was after King Jehoiachin and the queen mother, the court officials and the leaders of Judah and Jerusalem, the skilled workers and the artisans had gone into exile from Jerusalem.) He entrusted the letter to Elasah son of Shaphan and to Gemariah son of Hilkiah, whom Zedekiah king of Judah sent to King Nebuchadnezzar in Babylon. It said: This is what the Lord Almighty, the God of Israel, says to all those I carried into exile from Jerusalem to Babylon: “Build houses and settle down; plant gardens and eat what they produce. Marry and have sons and daughters; find wives for your sons and give your daughters in marriage, so that they too may have sons and daughters. Increase in number there; do not decrease. Also, seek the peace and prosperity of the city to which I have carried you into exile. Pray to the Lord for it, because if it prospers, you too will prosper.” Yes, this is what the Lord Almighty, the God of Israel, says: “Do not let the prophets and diviners among you deceive you. Do not listen to the dreams you encourage them to have. They are prophesying lies to you in my name. I have not sent them,” declares the Lord. This is what the Lord says: “When seventy years are completed for Babylon, I will come to you and fulfill my good promise to bring you back to this place. For I know the plans I have for you,” declares the Lord, “plans to prosper you and not to harm you, plans to give you hope and a future.

Ok, I agree that was a bit long, but I just want us to follow the flow of the story so that we see how verse 11 fits into the whole picture. Taken in isolation, v 11 seems to be promising me and you a wonderful life, but read in context, we see a different picture; we see a specific promise given to a specific people to be fulfilled at a specific time. This is the gist of the story.

God told Jeremiah, his weird Prophet (at least that's how the people saw him) to write a letter to a specific group of people - Jews carried into exile by Nebuchadnezzar. In his letter, he told them not to despair and lose hope. In fact he counseled them to build houses, get married, plant vineyards, increase in number and even seek the peace of the land where they are captives. He begged them not to listen to false prophets and teachers asking them to return to Jerusalem. Then he sets the due date - 70 years. He informs them of God's plan to bring them back again when 70 years are over.They needed to trust God because He knew what He was doing. He had not taken them into captivity to harm them: He had a plan.

Now, when I read this passage, I no longer assume God was making a direct promise to me (I don't think I want to wait for 70 years to claim the promise); instead, I take Joy in what the passage shows about the Character of God. God does not discard His people. Even when we sin, instead of God to dump us, He makes a plan to win us back. Usually the process involves captivity and trouble, but ultimately, He knows what He is doing. The Bible says in Hebrews 12:6 that "... the Lord disciplines the one he loves, and he chastens everyone he accepts as his son" . I also take Joy in the fact that God does not leave His children guessing. He gives us an assurance of his presence in the midst of the difficulty. He instructs us on what to do and how to endure whatever we are going through. Many times, we want to get out of the fire as soon as possible, but God knows what He is doing, He has a plan. We may not know it, but maybe the fire is to purify us. He promised "When you pass through the waters, I will be with you; and when you pass through the rivers, they will not sweep over you. When you walk through the fire, you will not be burned; the flames will not set you ablaze" Isaiah 43:2.

In a nutshell, God's good plan is not to take us out of the fire, it is to takes us through the fire, for it is only when we go through we become who He wants us to be. God does not ever desire to harm his children. Sometimes, we go through experiences we do not like, but as God's children, we need to be confident in the fact that God always has a plan, even for the pain.