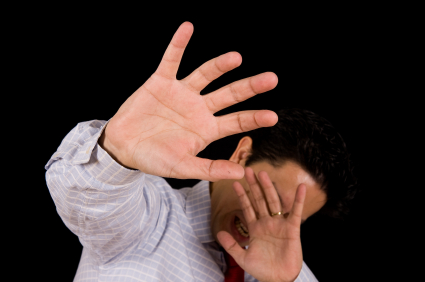 There was a time when merely saying “Jesus loves you” to a sinner made universal sense. In this day and age of unrivaled political correctness, that statement leads to questions, accusations, verbal assaults and most commonly, excuses. Many Christians have unfortunately cowered into the shadows for fear of being railed against or being called names like bigots, homophobic, etc. I believe that Christians, if they know what to say and how to answer, would be able to regroup, come out, and not only defend, but also proclaim their faith.

To a world dying in sin and government approved debauchery, just speaking ‘Christianese’ is not going to cut it. We need to be be able to expose the false rebuttals against Christianity as weak and shallow. In this article and in the follow ups, we are going to examine a few of these ‘false reasons’ and discuss the issues with them in a simple, concise and easy to understand way.

Will God actually send someone to Hell for eternity because of a little lie? Most people grade sins into groups of big, very big, small, very small sins. A sin like murder for example could be seen as a big thing while a sin as small as lying could be overlooked. This kind of mentality makes people wonder how such a small sin could deserve an eternal punishment in Hell. It just seems a little much, like an overkill. another way of expressing this is A finite number of sins on earth is not equal to an infinitely long punishment in hell.

To deal with this false excuse for rejecting the gospel, it is important to get away from arguing about the sizes of sins. We need to understand that the punishment is not just because of the sin, but because of the one being sinned against. If I slap my younger brother, it would be considered as a stupid thing to do, but if I slap my dad! A slap is a slap, but in this example, it is considered as a bigger offence when done to one who should deserve more respect and honor. If a man tries to assassinate a fellow citizen, it would be considered a serious felony, but try assassinating the President.

Now, imagine the implications of sinning against the God of the Universe. That is more than hatching out a grand plan to assassinate the president of every single nation on earth.

The Bible was handwritten by man and we don’t even have the originals! Believe it or not, this false excuse comes up a lot when trying to share the gospel. The person bringing this up is simply saying I have no reason to believe the Bible. The truth though is they are both biased and unaware of the facts. They’ve probably read Da Vinci’s code or seen a documentary on History channel. What they have not done is studied the fact.

The point we are trying to make is that the fact a book was handwritten and we do not have the originals do not make the facts of the book less true. Now, there are a shipload of evidences that point to the undeniable accuracy of the Bible (We’ll cover some of them in the future). You can bring those up if you know them. It is usually better to first make the excuse useless before bringing out the guns.

There are several other reasons and excuses that skeptics would give for rejecting the gospel of Christ. They may ask who even says the Bible is true? What if someone never hears about Jesus? Is it not arrogance to claim you are sure of going to heaven? We will go over these in the next article.